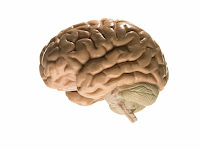 Alzheimer’s Disease (AD) is a chronic degenerative disease of the brain which leads to progressive dementia, which is the loss of the mental faculties of a person. Memory, personality, judgement and reasoning can get severely impaired. The development of AD has a strong genetic component, which may be complicated to understand, but I will try to simplify it here.

It is important to note that this gene is not the only one associated with AD. If you know your particular combination, it is best to consult a healthcare provider for proper advice.