Crohn’s Disease and its Complications 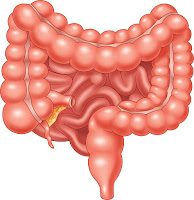 Crohn’s disease is an inflammatory disease of the bowel that can affect any part of the intestinal tract, from the mouth to the anus. It symptoms, may include abdominal pain, diarrhea, bloody stools, abdominal distention, and intestinal malabsorption.  It can also cause extra intestinal symptoms, such as fever, joint pain, skin rashes, eye problems and generalized fatigue.  Currently, it affects 0.32 percent of people in Europe and North America and its prevalence has been increasing over the past decades.

This condition is caused by a combination of genetic and environmental factors. There are several genes known to be strongly associated with the presence of Crohn’s disease1. In addition, an environmental risk factors such as tobacco exposure, seems to be equally important. It is known that tobacco smokers are twice as likely to be affected by this entity than non smokers2.

There are various degrees of severity for Crohn’s disease and it can be complicated by intestinal obstruction, fistula formation, gastrointestinal bleeding, intestinal perforation and abscesses. There is a higher risk of cancer in the areas of inflammation caused by Crohn’s disease. Due to the inflammatory nature of the condition, food malabsorption can develop leading to weight loss and malnutrition.

The treatment of Crohn’s disease has to include lifestyle changes such as stopping smoking and following dietary recommendations such as low dietary fiber, low casein and gluten free diet. In addition to this, there are certain medications that may be used for the exacerbations of the disease, such as steroids and some long term medications like methotrexate and biological therapies. At this point, the advise of a gastroenterologist is the most valuable tool.

2. Tobacco and IBD: Relevance in the understanding of disease mechanisms and clinical practice. Cosnes J. Best Pract Res Clin Gastroenterol. 2004; 8(3):481-96
Posted by Unknown at 10:52 AM