What is COPD? Who has it? 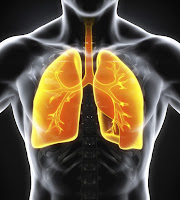 COPD stands for Chronic Obstructive Pulmonary Disease. There are 2 main conditions that are associated with COPD. The first condition is emphysema (the most common) and the second condition is chronic bronchitis. Smoking tobacco is the most common cause for COPD, although there are relatively rare genetic conditions that lead to similar changes without the influence of smoking cigarettes.

The term “chronic” represents that the anatomical changes in the lungs become fixed and may not reverse, although stopping smoking will certainly slow down the progression towards oxygen dependency. The term “obstructive” refers to the loss in elastic recoil of the lung tissue that will prevent the airways to be sufficiently opened at the time of exhaling air. This causes functional obstruction and air to be trapped in the lungs.

COPD can be a seriously debilitating condition. In its more severe form, it leads to the need of oxygen supplementation for the patient. In addition, a person with COPD is more prone to lung infections and even minor viral illnesses can cause acute respiratory failure. This can cause the need for intensive care and mechanical ventilation.

As it was mentioned before, smoking tobacco is the main culprit for this condition. It is never too late to stop smoking. COPD progression may not be stopped but it may be slowed down significantly. There are several medications that can be used in order to treat symptoms and reduce the functional obstruction in the airways. A physician will help any patient regarding smoking cessation and the treatment of COPD.